You are here: Home / Features / Beauty + Glamour / The All-Encompassing Beauty of Carnival in the Caribbean!

The All-Encompassing Beauty of Carnival

It is almost time for the brightest and most brilliant celebration of the year—Carnival. Though the exact dates of Carnival vary by location, it’s usually celebrated during February and March. This is because of its Catholic roots. The history of Carnival began centuries ago in Italy. It was a celebration of excess before the sacrifices of Lent began. In fact, that’s where the name came from.  The origin of the word Carnival derives from Italian ‘carnevale.’ Defined as “a period of public revelry at a regular time each year, typically during the week before Lent in Roman Catholic countries, involving processions, music, dancing, and the use of masquerade.”

Carnival spread through Europe and beyond. So much so that the influence of diverse cultures, especially African influence, transformed it into something more colorful, and inclusive than its origins. Flamboyant costumes, masks, and dancing are all an important aspect of Carnival. Though the visuals are astoundingly beautiful, the celebration is not only about traditional ideas of beauty. Carnival is a celebration of all life. During the festivities, attendees flaunt non-conventional aesthetics. The inclusion of all types of people and beauty is a large part of what makes Carnival so special. It is a unifying event.

In recent articles, The 7th Magazine’s Blog, Luxury Chapters, has been exploring the inspiration behind Sweet SXM Beauty Lips and Eyes makeup. The values and aesthetics of Carnival epitomizes much of what the cosmetics of Sweet SXM Beauty represents — that beauty is manifold, colorful, and also, very fun.

In this article, we will take a look at some of the aspects of Carnival that Sweet SXM Beauty identified with, & how countries all over the world celebrate Carnival, with details on the specifics of each festivities locations. So, we will be focusing on Sint Maarten, where Sweet SXM Beauty originated, as well as sweet Curaçao – known to locals in the Papiamento language as “Dushi Korsou”.

The extravagant costumes are an inextricable part of Carnival. You can see a wide variety of creative costumes at any Carnival in the world, but it’s unlikely you will see the same costume twice. The costumes aren’t something you can pick up at your local costume shop. Individuals create them, and even if they aren’t handmade, the costumes are thoughtful.

In Curaçao, the festival is made up of teams. People join teams and decide on a theme or color together. The theme unifies the group, but that doesn’t mean the costumes are all the same. Even if you have to look closely, there is usually an element of individuality to each costume.

Some teams may choose a theme as simple as “yellow.” Although seemingly simplistic, the costumes are anything but. From feathered headdresses and ruffled necklines to glittered trimming, the costumes are made to draw in the eye and keep your gaze focused on the wearers.

Other themes are fantastical—from mythological beasts to favorite films. Walk through the streets during Carnival and you may see a feathered dragon, radiant in all pink.

Or, walk a little more and see a pack of Lumiéres from Beauty and the Beast walking past and creating wonder in not only the eyes of children, but everyone.

In many Carnivals, people elect a Queen and King. In Curaçao, there is also a role for a Prince and Pancho. Miss Universe Curaçao, Akisha Albert, who placed in the top ten in Miss Universe this past December in Bangkok, wore on stage a billowing white dress that made her look like Carnival royalty. Albert has fond memories and exciting ties with Carnival, some of which she shared with Luxury Chapters:

1. Can you tell me a little bit about your role as Miss Universe Curaçao in Carnival this year?

I’ll be joining Estreno mas Pikete. I’m really excited about that because I know Curaçao is ready to see me wave and take a lot of pictures

2. Can you describe one of your favorite memories of Carnival?

One of my favorite memories of Carnival was when I was two years old, and I took a picture with the current Miss Curaçao. Ever since, I dreamed about becoming one.

3. What is one of your favorite costumes you have either worn or seen during Carnival?

My favorite costume I think will be the one I’m wearing this year. Because I got to give a helping hand with the design.

The costumes of Curaçao’s Carnival align with Sweet SXM Beauty’s vision of displaying individuality while working towards unity. Most of the costumes are striking and brightly colored. Even if the color of the costume isn’t vivid, it is eye-catching. All of Sweet SXM Beauty’s products are an ideal accompaniment to any Carnival costume. All of the shades from the eye and lip line are highly-pigmented and glittering. They will not take away from any created beauty. Instead, they will champion any look—taking it to the next level.

Carnival in Sint Maarten is a feast in every sense of the word. It is a literal feast because vendors serve incredible food, like “Johnny Cakes” and Indian Curry at the many booths lining the streets. But also, Carnival is a treat for the eyes. You must love color to walk among the costumes and decorations in the streets of Sint Maarten. Even the landscape, from the crystalline waters to the lush greenery, is a rush of brilliant colors.

SXM Beauty garnered ideas from many things, but an endless amount of inspiration was found within its namesake—SXM, which is the abbreviation and airport code for Sint Maarten.

Sky blue feathers. Ripe apple red bodices. Glittering gold sequins. Hot pink nails matching the wings of another gorgeous person strutting through the festivities. How could one not find inspiration within the wealth of color, individuality, and glamour that is at its fullest display during Carnival? Sweet SXM Beauty absorbed all of the visuals that were too good, too special, to exhibit only during one time of the year. You can see the reflection of these elements in Sweet SXM Beauty’s eye and lip line.

Narcissa, a bold and shimmery red is made to be worn with the fiercest feathered crown. A swipe of it over the eyes is a completion of the transformation.

The royal purple of Bajan Beauty lip shimmer is the finishing touch for the elaborate costume, lovingly hand-sewn in the months leading up to the festivities.

And Gardenia represents the intense green of the island. Wear it on your eyelids to celebrate the land where something as positive as Carnival takes place.

The Inclusiveness of Beauty

Recently, there has been much more diversity in the representation of beauty. This is mostly because of social media influencers and social activists. The power of change, as usual, lies within the people.

Carnival is an example of the influence lying within the people. For nearly as long as Carnival has been celebrated, a satirical reversal of norms has been on display. Bodies that you don’t see consistently in media are on display during the festivities. Often, these are real people showing off what makes them spectacular. It is a time for appreciation, and hopefully, a doorway to representation at all times. Sometimes, people craft exaggerated versions of body parts, such as noses and stomachs. They are meant to be appreciated rather than criticized. Overwhelmingly, Carnival encourages a positive and welcoming experience for all.

This reversal of norms goes beyond appearance. It extends to behavior and language. The behavior and language would make a traditional grandma blush. Normally, celebrations are not a place for political messages. But, in keeping with the satirical spirit, politically charged displayed are a part of the life force of Carnival.

Although anyone should be able to display themselves however they want at any time, Carnival is a designated time to do so freely without concern of judgment or criticism. The energy of the celebration is one that Sweet SXM Beauty endorses in the message and thought process behind the eye and lip line. Carnival is a time to go overboard, but there’s never a wrong time to be unabashedly expressive.

Ultimately, individuality is the soul of Carnival. Individuality reveals itself through striking colors, wild dancing, and over-the-top merriment. Sweet SXM Beauty hopes to support the spirit of Carnival and make it so that the wearer can embody the spirit of uninhibited self-expression all year round. 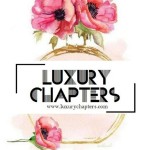